What makes a great villain? Fiction, whether literary, comic book, film, cartoon or video game is saturated with the most hideous and foulest aberrations bent on world domination, sauteing their fellow humans, disembowelment, grotesque debaucheries, decimation of the planet…not necessarily in that order. But are all villains axe-wielding, sabre-toothed megalomaniacs? Let’s look at a few types of villain.

This type of villain makes no bones about his or her villainy. This is the flame-throwing, empire-destroying, poison-salivating, anarchy-fixated head-boiling villain. They instil fear in their underlings and in the good guys alike, but at least you know where you stand. Although you may not stand for very long as they are probably out to kill you. Characteristics often include a deformed or gnarled appearance, missing or mangled facial features and a malignant leer. Villains of this type include Smaug the dragon from The Hobbit, Lord Voldemort from Harry Potter, the Joker from Batman and Blofeld from You Only Live Twice all come under this category. Strategies for defeating such villains are often defensive, as innocent civilians perish in their wake.

In many ways the above type of villain is more dangerous than the bona fide machete-wielding megalomaniac, because he appears to be nice. But in this case an attractive veneer and unshakeable charm offensive mask a dark core and lure our heroes and heroines into a dangerous misplaced trust, and threaten even to incur the latter’s downfall. The people-pleasing George Wickham from Pride and Prejudice is one such villain, who flatters the usually perceptive Lizzy Bennett, and lures her gullible sister Lydia into a ruinous elopement with no intention of marriage. The debonair Prince Hans from Frozen is another such villain who hoodwinks the starry-eyed Elsa into believing in his undying love. A similar character is the dastardly Sergeant Troy in Far from the Madding Crowd who, unbeknownst to his amorous bride Bathsheba, has already impregnated and abandoned his previous fiancee Fanny Robin and is later to gamble away most of Bathsheba’s money. Attractive female villains are no rarity and include the glamorous Cruella de Vil from 101 Dalmations and the sensuous but unscrupulous Elektra King from The World Is Not Enough. It is very hard to defeat such villains and generally our heroes and heroines only learn by their mistakes. 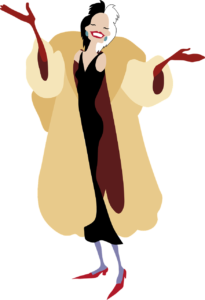 Puritanical villains are ruthless and manipulative. They seldom kill or maim in person, usually delegating such irksome responsibilities to a minion. But their perverse allure lies in the acceptable and even virtuous face they present to the public; of pillar of the community; of avenging angel; of white knight eradicating evil and purging sin for the greater good. Examples of this include the punishing Mr Brocklehurst from Jane Eyre and Mr Bumble from Oliver Twist who delight in keeping children enslaved, downtrodden and on near-starvation rations in the name of Christian virtue. Another holier-than-thou villain is the lust-ravaged Archdeacon Claude Frollo in Victor Hugo’s Hunchback of Notre Dame. As the public generally revere them, the only way to defeat such villains is to expose them for the scoundrels they really are. 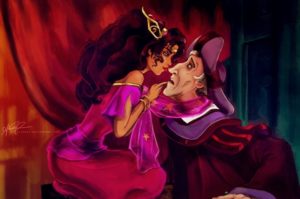 Like the puritanical villain, the Manipulator is notoriously hard to pin down. He never fires a bullet nor plunges a dagger himself. He’d never risk his own neck. Instead he will wheedle you and cajole you until you break yours. Because he loves pain and suffering. They are his daily bread. They are the milk on which he suckles. One famous example is the sadistic Norton from Agatha Christie’s Curtain – Poirot’s Last Case, who, in the guise of lending a sympathetic ear, manipulates others into killing for the pleasure of watching the victims die, or even better, seeing the unwitting murderers hanged. Another example is Fagin from Oliver Twist. Though far less brutal than partner-in-crime Bill Sykes, Fagin is superior in cunning and cruelty, and he deliberately manipulates the violent-tempered Sykes into killing his kind-hearted mistress Nancy. 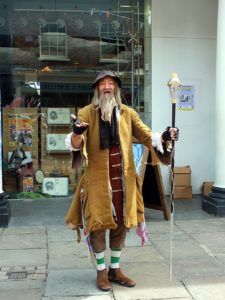 The Corrupted Villain (or Fallen Angel)

But my favourite (and arguably the most terrifying) villains are those who weren’t always villains. The villains who began as loving, kind and compassionate humans, and, for various reasons, make the leap to the Dark Side. The seed of evil was not there in the beginning; but was implanted later. Something in their upbringing, background or life experience caused them to become jaded; cynical; embittered…and instilled a desire to harm others. Was it cruelty? Was it abuse? Was it abandonment? This type of villain raises all sorts of questions about good and evil.
The Bible talks about ‘Original Sin’; tells us that every human being inherited Adam’s sin. Which should imply we all have the potential for evil. But, if we were made in God’s image, surely we all have the potential for good! (I say this as a non-Creationist. But I believe that the Genesis story as an allegorical parable tells us the greatest truth.) Could all of us, under other circumstances, have turned out good – even Hitler, or Pol Pot, or Mao Zedong, and others responsible for global genocides? Examples of this type of villain are Darth Vader (formerly Jedi Knight Anakin Skywalker) from Star Wars and Morgana Pendragon from BBC Wales’ Merlin series. 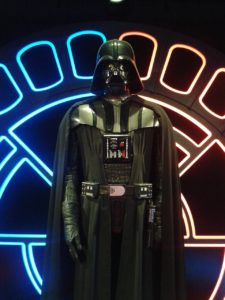 There certainly was some great mismanagement in the education of those two young men. One has got all the goodness, and the other all the appearance of it.

Darcy appears to be proud, rude, unfeeling…but is in fact shy and kind. Today. we’d probably say he suffered from social anxiety. A well known modern example is Severus Snape from Harry Potter, who repudiated the dark side because of his love for Harry’s mother, but pretended to work for them as a double agent for the goodies. His hatred of Harry, though, is absolutely genuine as Snape has a whole catalogue of deep-seated issues with his past. My favourite example of The Fake Villain has to be the Beast in Beauty and The Beast. The Beast is brusque, uncouth, foul-tempered, coarse and rude…but Belle gets to the heart of his loving and compassionate side. Of course, the Beast has deep-seated issues in his past as well; the whole reason for the enchantment was that the Beast as the Prince had become selfish, vicious and unfeeling. But thankfully the years…and love’s transforming grace…mellow him. 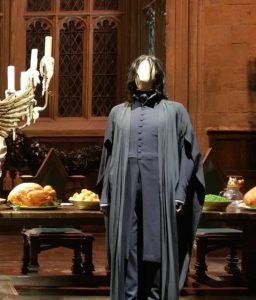 The final type of villain is the sidekick or henchman, often used as a comic interlude. Such sidekicks are often cowardly, jittery, quivering or incompetent in stark contrast to their fearless bosses. In some versions of The Lion, The Witch and The Wardrobe, the White Witch has a snarling sidekick called Grumpskin, who cowers behind her skirts and basically just repeats everything she says. And there is quite a fashion for wimpy sidekicks. In Lord Of The Rings, Saruman had the sycophantic traitor Wormtongue; Lord Voldemort had the squirming Wormtail; Gaston from Beauty and the Beast has the dopey Lefou; and in my favourite escapist film, Santa Claus The Movie, evil Toymaker BZ has the hapless and dimwitted Towzer.

It is hard to find an original take on villainy and in Time Gene you will find influences from many of these archetypes. I am going to leave you with a superb analysis of the villain hierarchy in Harry Potter and the Philosophers Stone in this awesome blog post by Caleb Kaine. Enjoy!!!

How Many Villains Do You Need: A Study of Harry Potter and the Philosophers Stone